Lhakpa Lepcha was born and brought up in Sikkim. He has completed his graduation from North Bengal University with History (Honors) in the year 2010. He successfully graduated from NSD in 2013 with specialization in Acting. As an actor he worked with well known theatre directors from India and abroad like Dr. Anuradha Kapur, Prof Robin Das, Dr. Abhilash Pillai, Prof Tripurari Sharma, Prof Jeffery Sichol (UK), Shri Bipin Kumar, Shri Shantanu Bose, Shri K.S.Rajendra, Shri Hema Singh. He also travelled to china and performed at Beijing in International Theatre Festival in 2010. He also assisted a play “Niyam Tah Yehi Cha” directed by Prof.Kamaluddin Nilu Repertory Production. He also acted in the movie “My country land 1962” Arunachal based. His upcoming work Dhokbu (The Keeper) Sikkim base Lepcha Movie. 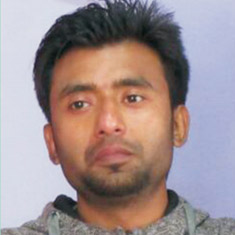 He is a graduate in B.Com from North Bengal University in the year 2010. Pursuing Master degree in M. Com. He also holds a Diploma in financial Accounting. He is associated with NSD, Sikkim since 2011 and handled various workshops and production in the field of accounts. He is also interested in music & sports and also very active in the stage as a singer & musician. He has operate music in Rep.Co.play ‘Hami Nai Aafai Aaf’ and Ab Aur Nahi and also operate video in Kalo Sunakhari (Rep.Co.play) 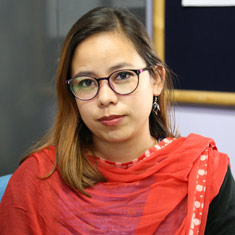 She has done B.Com from Sikkim University in the year 2013, M.Com Degree from IGNOU in 2015 and successfully completed her MBA with specialization in Human Resource Management from Sikkim Manipal University in 2017. She worked with Indusind Bank from Dec.2013 to July 2015 and also work with HDFC Bank from Sept 2015 to Jan 2016. She joined National School of Drama, Sikkim Theatre Training in February 2016. 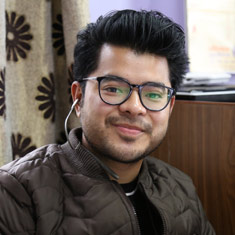 Born and brought up in north Sikkim. He has completed B.Com (Hons) from Calcutta University in the year 2010 and completed his Master Degree in Public Administration in 2014. With a view of education as a primary weapon he is pursuing M.A. in Economics from IGNOU. He has worked as career councilor for educational career guide magazine called ‘The Accelerator magazine and academy’ (North east division) and have also had his hands on teaching activities at Sr. level of the same organization. He joined NSD, STTC as a Jr. Clerk on 3rd Dec 18.

He is a resident of Upper Kamrang and has done many workshops with NSD, Sikkim Theatre Training Centre. He did month long workshop in 2005, another one month long workshop in Namchi and three month long in the year 2008. He is a very good artists and has acted in different plays like Vikram Urashi, Shankutala, Chakra Ek Mahayatra, Mato Ko Maya, Jharlangi, Siddhartha Gautama Dekhi Buddha Samma Ek Yatra, A Story of 1950, Rajkumar Namgyal, Pheri Naya Jeevan. 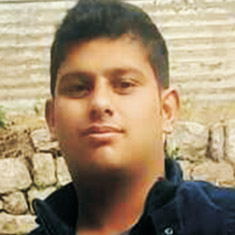