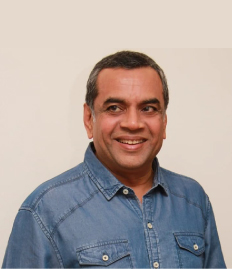 Dr.Arjun Deo Charan is a noted Rajasthani poet, critic, playwright, theatre director and translator.Dr. Arjun Deo Charan is prominent figure in Indian theatre, he shares his position in top 10 theatre personalities of country with Habib Tanvir and Ratan Thiyam . Dr. Charan was born on 10 May 1954 in the village of Mathania , Jodhpur. His father Renvat dan Charan also was an eminent Rajasthani poet and socialist, who had won Sahitya Akademi Award for his notable workUchhalo. Charan has been the Head of Department of Rajasthani Language in the Jai Narain Vyas University, Jodhpur. He has been selected as Chairman of Rajasthan Sangeet Natak Akademi, Jodhpur on 26 November 2011 for three years.

He has been awarded by Sahitya Akademi , Delhi for his book "Dharam Judh" in 1992.Dr.Charan has also been conferred with Sangeet Natak Akademi Award in 2012.

Dr. Arjun Deo Charan has been awarded by the Bihari Puraskar for 2011 by K.K. Birla Foundation for his Rajasthani poetry collection "GHAR TO EK NAAM HAI BHAROSE RO".

Dr. Arjun Deo Charan is the founder of Rammat Theatre Group, Jodhpur, which is one of the prestigious theatre group of country. Dr. Charan’s plays have been performed on several National and International theatre festivals including Bharat Rang Mahotsav .